Seaway Offshore Cables wanted to add containers on the deck of the jack-up vessel Wind Lift 1. They requested Mocean Offshore, through their marine engineering consultant Deutsche Offshore Consultants, to provide engineering support to design the container sea fastening and the deck strength check.

The working principle of the lifting tool is to enable hoisting of the SBJ via the turbine mounting flange without producing a substantial bending moment in the flange weld seam.

Blue21 floating city is researching a concept design for floating cities. The cities consist of multiple concrete blocks that are connected to each other in a square configuration. Buildings, roads and utilities will be placed on the blocks to provide inhabitants with all the utilities and transport capabilities of a modern city. The main objective of the floating city is to create a comfortable living environment. In potential tsunami areas, the floating city provides a safer accommodation than nearshore locations on shore.

Cutter suction dredgers (CSD’s) are a perfect example of a challenging (hydro)-dynamic problem. The complexities come among others things from the shape of a vessel with a ladder to the sea bottom and the spud interaction with the vessel and soil. For this project we worked extensively with a leading dredging contractor to work out the workability of their vessel.

In this study we looked at the benefits of using motions limited compared to using wave limits for an operation. We made ROA’s of the Siem vessel and then used historical 2d wave spectra (direction and frequency components included) to calculate the vessel response.  A comparison was made to the use of several arbitrary fixed wave height workability limitations. The study gave a clear overview what the benefits of using motions limits were. More workability and more safety. 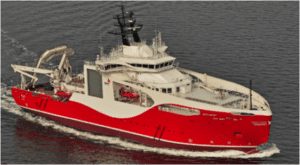 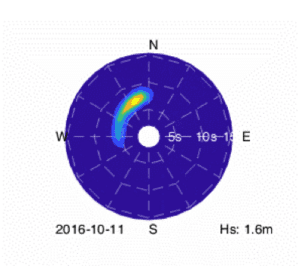 Dutch Offshore Consultants needed to work out how to place several heavy containers on the deck of Windlift 1, their offshore service vessel. Because the deck was not designed to accommodate heavy containers they could possibly slide around in heavy seas. Motion Offshore designed the grillage to spread the forces to the strongest parts of the deck. The grillage would also lock into the corners of the containers using the standard twist locks ensuring the containers immobility during sailing.

When Scaldis asked Mocean If their lifting method for a suction bucket jacket was safe we advised them that the jacked could be damaged due to the lifting stresses. But we didn’t stop there. We proposed designing and making a suitable lifting attachment for their crane which would spread out the forces to protect the jacked. They liked the idea so we went ahead. The gripper, as it became to be known, was self-powered and remotely operated. It would telescope in to fit inside the internal flange and once in position telescope out again to grip a substantial area of the flange.

With deep sea mining for valuable metals on the ocean floor a special mining machine weighing 15 tons is lowered to the sea bed with a special cable containing the power and signal cables, a so called umbilical. To avoid excessive tension in this umbilical, a passive heave compensator was designed and built by Mocean. The heave compensator, shown on the left with the enormous black and yellow cable sheaves, creates a loop in the umbilical which can grow and shrink according to how the ship heaves up and down.

In this project Mocean examined the feasibility of supply a floating power station with gas through underwater gas pipes. The project was in a bay next to the town of Nacala in Mozambique. Because the gas pipes are flexible and would move with the currents in the water, Mocean performed an extensive motion analysis and confirmed that the bendable plastic pipes would be fit for purpose. Although the pipes would tend to float, a carefully distributed system of weights would ensure that this behaviour was controlled in a very precise manner allowing the pipelines to fulfil the task long into the future.

The Ocean Cleanup has developed a plastic capturing river barrier. The plastic is accumulated in a multi-hull barge known as the ‘Interceptor’. Mocean has performed the mooring analyses for several Interceptors all over the world. Each river presents unique challenges such as marine traffic, large tidal ranges and high current speeds (up to 3.0m/s).

During installation of offshore wind turbines, tower oscillations can occur. These oscillations may cause significant delays in the installation of wind farms. A study was performed by Mocean to find the cause of the tower motions. This included an integrated CFD-OrcaFlex analyses to assess the risk of vortex induced vibrations (VIV). In addition, the effectiveness of various mitigation methods were tested in the developed WTG models. 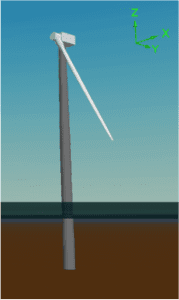 The F3/FA platform is a very innovative platform, a self-installing platform design by SPT Offshore. As it reached its end of life the platform had to be removed. The study was to perform the operation as a reversal from its installation. The project involved creating a model which included the platform, strandjacks, barge and leg mating units. 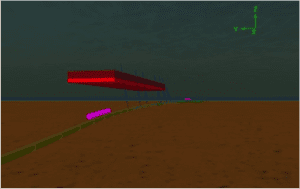 Between Jutland and Funen a gas pipeline will be installed using a pull winch on the Funen side. The route is not exactly straight, but has a slight bend in the middle. In this bend 5 guide piles will be installed to guide the pipe around the bend. This project involved both a tender phase and a project execution phase. During the project execution phase Mocean was responsible for the design of various hardware items, such as pull head, guide piles and a wire pile. Also the pipeline installation analysis was our responsibility. This involved creating an Orcaflex model with detailed bathymetry, pipeline, guide piles and pull winches. Also the details of the onshore stringing yard were modelled.

This project consists of an in-shore mooring analysis of Jan De Nul’s vessel Big Roll Beaufort, used for the transport and assembly of wind turbine generator components (WTG). The analysis provides the vessel motions along with motions of specific points of interest on the vessel including two towers on deck while berthed. Waves reflected at the quay and vessel hull as well as wind forcing and current are included for a variety of environmental conditions.  The conclusion of the analysis show that the sway and surge motions, at the top of the towers are significantly lower than the maximum allowable displacement. 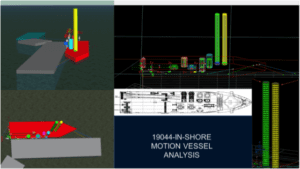 Concept studies and analyses of various designs. Support of basin tests and sea trials. Long time involvement (since 2016 up to present, & continuing) 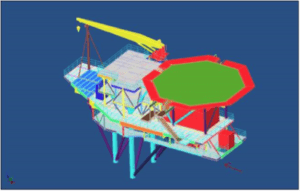 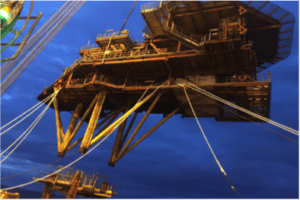 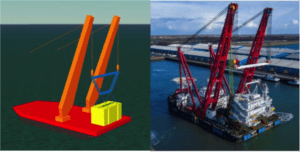 Root Cause Analysis of observed anomalies of some of the Cable Protection Systems (CPS). Writing specifications for improved CPS designs and assessing new systems. 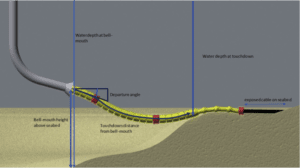 Workability assessments for platform decommissioning. Topsides and jackets will be lifted by HLV and transported to port for further dissembling. Workability studies for lift, transport (in hook) and lowering onto offshore barge. 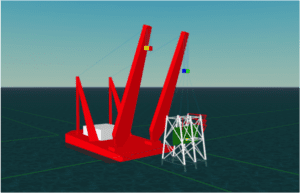 A typical heavy lift: a topside is lifted from a transport vessel, in this case an HTV, and set down on a jacket structure. For several critical stages in the lift the in-field workability was evaluated for the predominant wave directions using a frequency domain approach. For each critical stage the limiting parameters are identified, which gives the client insight into where the risks lie and where the opportunities to improve workability, if so desired. 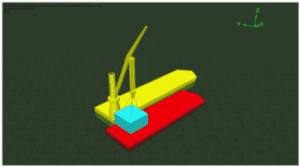 For a wind farm foundation monopiles will be shipped from Europe to North America across the Atlantic Ocean. When optimizing transport lay-out for a maximum number of piles per trip, one pile was found to overhang the stern of the transport vessels. Two items were investigated:

With the above information an informed decision could be made on the transport lay-out. The scope combined quick determination of likelihood and preselection of time domain cases in the frequency domain with capturing non-linear behaviour of slamming and drag loads in the time domain. For the load calculation entrapped water in the open bottom end of the pile was also included.